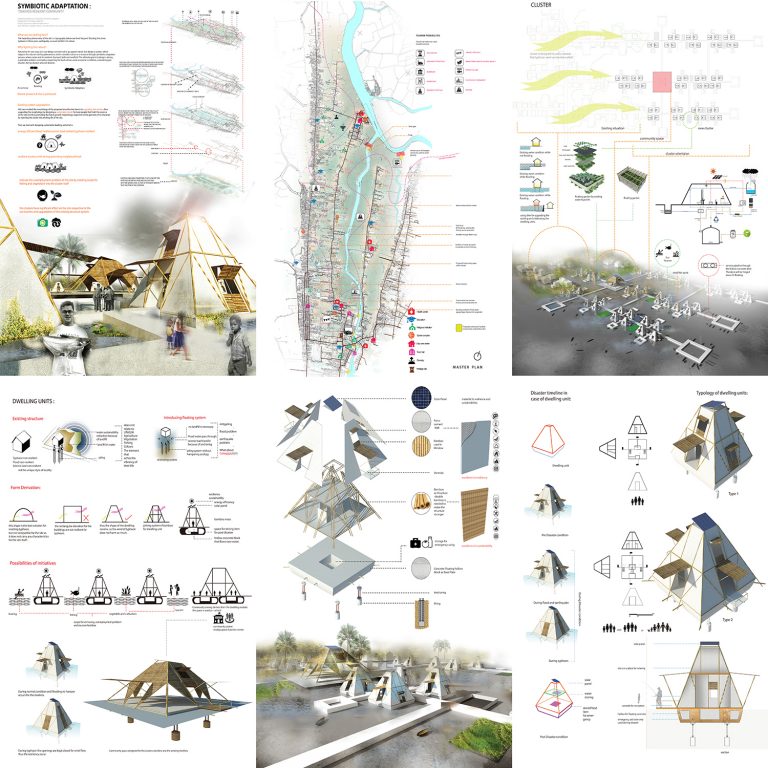 Nature has it’s own way. So in  our design we tried not to go against nature but design a system, which  respects the nature’s existing phenomena; which considers nature as a  resource through symbiotic adaptation process, where nature and its  residents (humans) both are beneficial. The ultimate goal is to  design a strong , sustainable resilient, community, respecting the local  culture, socio-economic conditions, considering pre-disaster,  during-disaster and post disaster.