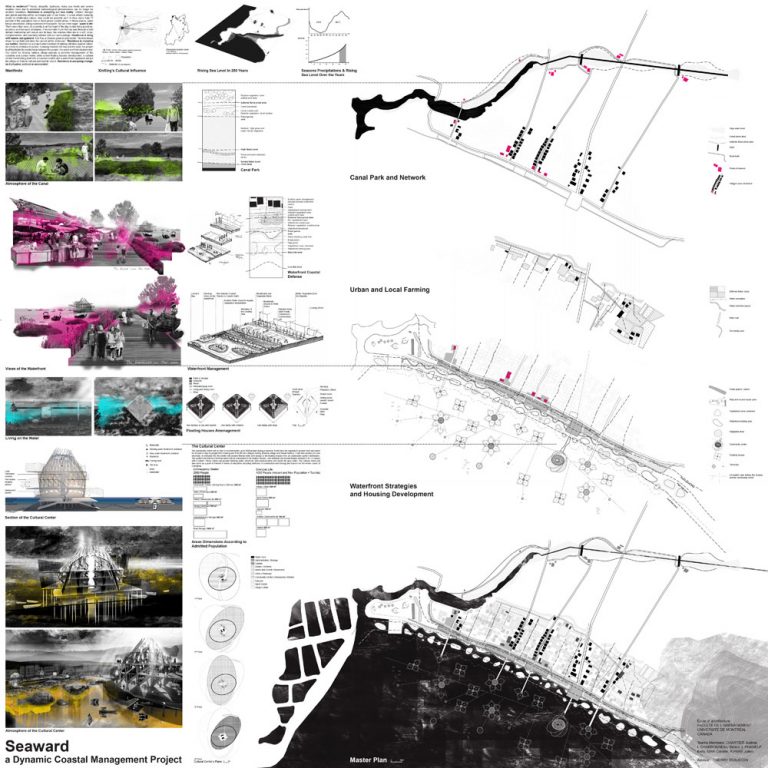 What is resilience? Floods, droughts, typhoons, rising sea levels and severe weather crisis due to abnormal meteorological phenomenon can no longer be avoided nowadays. Climate changes and global warming will be an integral part of our future. In a war where humanity would be challenging nature, how could we possibly win? In Asia, more than 75 percent of the population lives in flood-prone coastal areas. In those places, water brings devastation, killing hundreds of thousands of people. But often, we forget: water is life. Now, more than ever, its proximity is at the heart of the day-to-day living practices, economy and transport strategies. Resilience is accepting changes, be it physical, cultural or economical.

Seaward is a project where, instead of fighting infinitely against nature, we choose to embrace its power. Opening towards the sea and the river, the project itself highlights the relationship between the people, the water and their environment. It became important right from the be­ginning to focus on the worst scenarios for Xingxing village. In 250 years, XinXing village will be entirely flooded as so many other coastal cities or villages. It will then be essential that XinXing becomes a model for others in the same situation. This is why our interventions will touch more than just the small population of the village as it will finally give Xinxing a better visibility to the world.

Our vision for Xinxing harbor village pursues a sensitive management of the coastline and surface water, while a new floating houses development, a cultural center transforming itself into a massive shelter and a waterfront esplanade will put the village on Hainan cultural and touristic circuit. Our approach will then be both holistic and dynamic; one that uses the com­plexity of the system in place for a better use and one that works with, rather than against, the natural flow. It results in four strategies that will be in place in order to be more resilient. We used a canal and network, a waterfront management, a water housing development and final­ly a new cultural center. The existent village of Xinxing will then be protected, animated with new touristic activities, will receive new constructions built with new technologies that will last over the years and will finally have a pole of interest that will reinforce the sense of community.