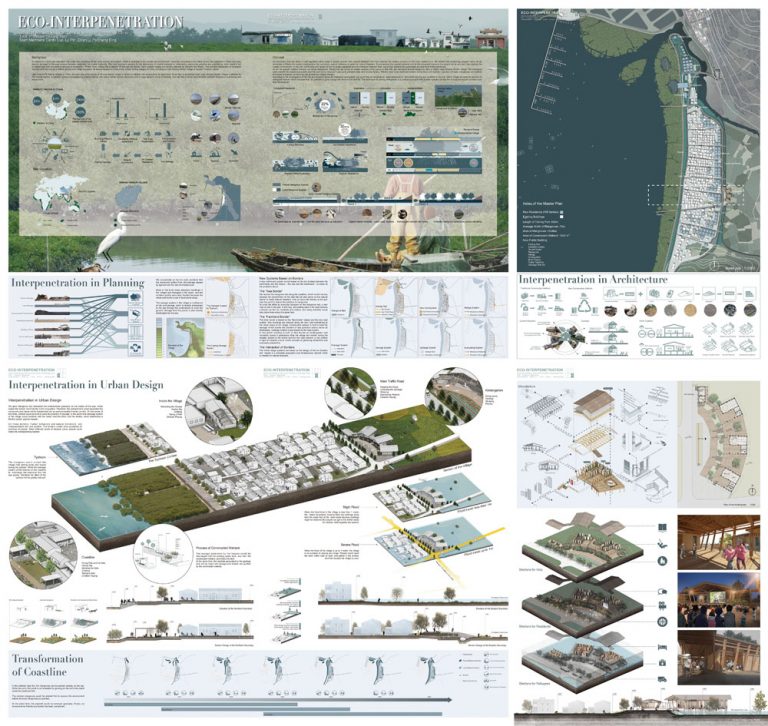 The wetland ecosystem in China has been severely damaged in the past several decades, especially the coastal wetlands, which caused severe environmental and economic problems to coastal fishing villages including Xinxing Harbor Village. Our design is based on the resilience of ecosystem and recover the coastal wetland ecosystem to its original natural state and let it interpenetrated with community, which would endow the community natural resilience in light of natural disasters. We establish a complete community system based on the two borders between the village and nature—the “Sea Border”and the “Farmland Border”—to let nature interpenetrated with community.

We grow mangroves along the “Sea Border” and let it connect nature and society. It would not only becomes a natural barrier resistant to typhoon and flood, but also helps improve the coastal environment and increase biodiversity. The seawall would be gradually removed and transformed in to an eco-friendly corridor. To avoid the effect of everyday transport on the wetland, a new road would be built in the east—on the “Farmland Border”.

Constructed wetland is set on the “Farmland Border”with sewage system to solve the pollution problem and serve as landscape.New buildings are planned along the new road, including a main public building as kindergarten and recreation space in peacetime while the shelter during disaster. A new system in light of disaster is built which consists of gathering streamline and evacuating streamline based on the shelter and road system.

The shelter building is elevated to avoid flood, and the floor is connected with the road for convenience. Transitions and patios are designed to connect the inside space and outside nature. The transitions are multi functional as playground in peace time and temporary residence during disaster.