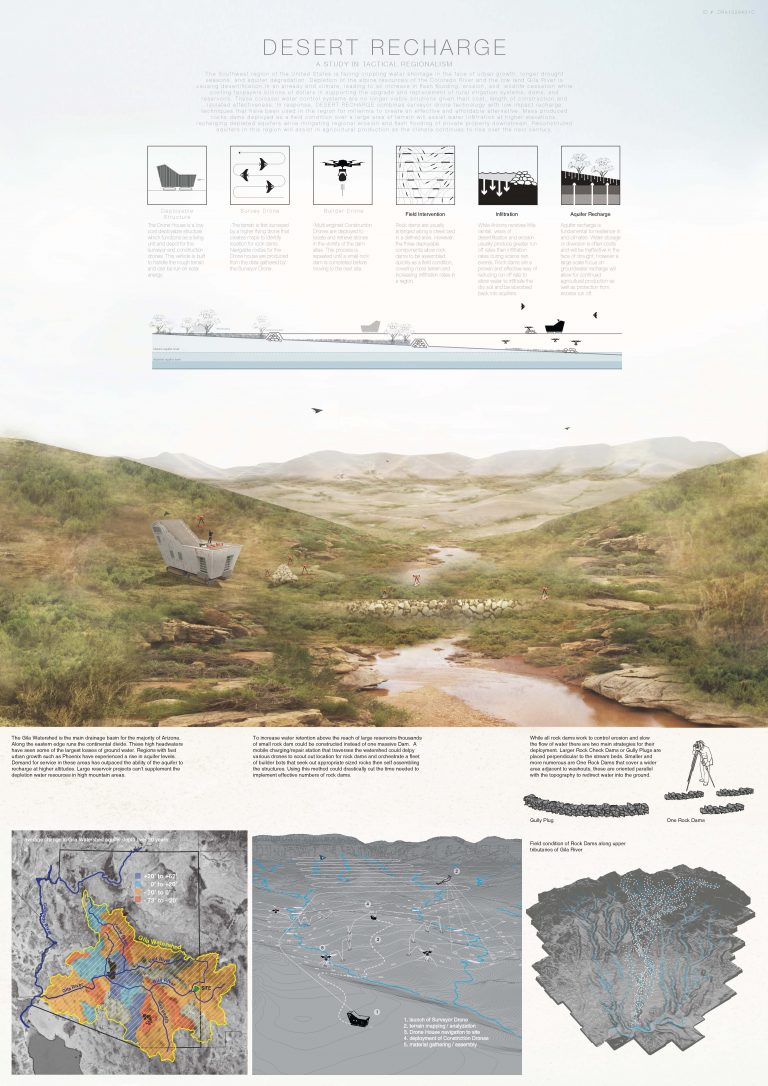 The Southwest region of the United States is facing crippling water shortage in the face of urban growth, longer drought seasons, and aquifer degradation. Depletion of the alpine resources of the Colorado River and the low land Gila River is causing desertification in an already arid climate, leading to an increase in flash flooding, erosion, and  wildlife cessation while costing taxpayers billions of dollars in supporting the upgrade and replacement of rural irrigation systems, dams, and reservoirs. These colossal water control systems are no longer viable solutions given their cost, length of construction, and isolated effectiveness. In response, DESERT RECHARGE combines surveyor drone technology with low impact recharge techniques that have been used in the region for millennia to create an effective and affordable alternative. Mass produced rocks dams deployed as a field condition over a large area of terrain will assist water infiltration at higher elevations, recharging depleted aquifers while mitigating regional erosion and flash flooding of private property downstream. Reconstituted aquifers in this region will assist in agricultural production as the climate continues to rise over the next century.