Singapore´s commitment in addressing climate change was stated during the Prime Minister’s speech on the 2019 National Day Rally (https://www.youtube.com/watch?v=fUTadtES-i0). The design competition aims to support this commitment and help to transform Singapore’s urban development by creating a new blueprint for a decarbonized future. As Singapore moves toward a more climate resilient and sensitive development, it has pledged to further decrease its carbon emission by 36% from 2005 to 2030. But with the underlying existential threats the world is facing due to climate change, it is extremely important that countries take a step further in tackling carbon emissions transcending mere sustainability towards a regenerative approach. The competition
builds on the case to make Singapore a carbon negative (climate positive) country in Asia-Pacific region using the built environment for nature-based solutions in creating a regional carbon sink. This is also to realign Singapore’s development framework for its future needs to be climate sensitive, accounting for its carbon footprint during construction, operation and decommissioning phase to help reduce and absorb the CO2 emissions.

Singapore is strategically located in an interregional route that provides the country with the role of gateway to Southeast Asia and link between the East and the West. In the Singapore Strait Waterfront converge maritime, aviation, and industrial global linkages. In addition, as a productive and economic fringe, this area also incorporates most of the mobility infrastructure and the dense urbanized living and working spaces that house the majority of the population. Despite the social and economic benefits that Singapore coastal fringe provides, this space is also the origin of huge environmental costs as the principal area of CO2 emissions. 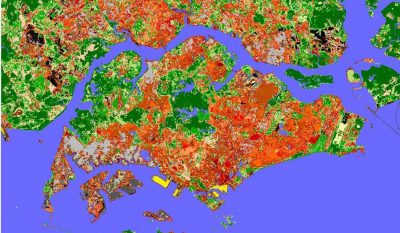 Built-up spaces in Singapore, an emphasis on the development of the Southern Coast. Source: Dr. Muhammad Omer Mughal Cooling Singapore.

The design competition will help establish a regenerating system to decarbonize the southern region of Singapore through reduction and absorption of CO2 emissions and to extend its regional role by making Singapore a carbon sink that will contribute to alleviate the impact of carbon emissions with its neighbouring countries. Thus both the regional and the city/country scale will be taken into consideration.

In parallel to regenerative and mitigation, designs will develop Singapore’s adaptation to climate change. Proposals will investigate urban and architecture actions and
solutions that deal with the existing vulnerabilities and anticipate, prevent, and adapt to the effects of the severe extreme weather (sea-level rise, flooding, droughts) as a consequence of climate change. Proposed measures are expected to allow adjusting to those extreme periods where common day-to-day activities become interrupted. However, solutions will have to go beyond defensive attitudes and reflect about propositive designs that aim to reinstate the urban and ecological systems. 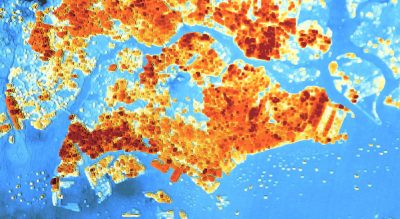 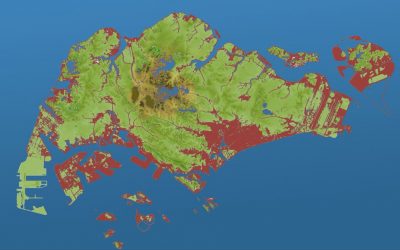 Overview of areas with higher risk of flooding

The site is part of the Greater Southern Waterfront, which extends from Pasir Panjang to Marina East, and will be transformed into a new major gateway and location for urban living along Singapore’s southern coast. Development will take place in phases, starting with the former Pasir Panjang Power District, Keppel Club and Mount Faber in the next 5 to 10 years. 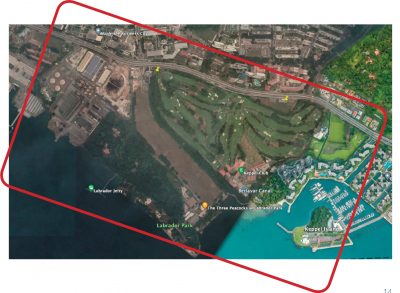 Built in the 1950s and 60s, the two former power station buildings, along with the surrounding disused industrial structures, form the core of the Pasir Panjang Power District. From the global understanding of the GSW and the site within Singapore and the region proposals will have to provide ideas on which will be the role of the former power plant and industrial heritage.

You can download plans, photos and information about the power plant here: https://www.ura.gov.sg/Corporate//-/media/Corporate/Planning/DMP19/Information-Package.zip

The Keppel Club site will be redeveloped into a new residential precinct. Future residents will enjoy convenient access to the waterfront, nature and two nearby MRT stations Labrador Park and Telok Blangah, both of which are on the Circle Line. Currently, the Keppel area is home to several high-end waterfront properties including Caribbean, Reflections at Keppel Bay and Corals at Keppel Bay. As part of the GSW project, the government will allocate space for 9,000 housing units on the site of Keppel Club. This includes both HDB and private housing.

Currently, there are already several big companies that have offices near Labrador Park. There are already big names such as Google, Cisco and Unilever with swanky offices in the Greater Southern Waterfront. However, the GSW will also feature more commercial areas and new office spaces. This will allow more people to work near where they live. Recreation options will additionally be available in the area. Designs will have to explore and critically think about the role of the area in the city, the program and activities that a future resilient and decarbonized city should have, and the solutions for a self-sufficient neighborhood, takin a position about the number of housing units, population, and activities needed, as well as about people’s future
life style in the area and Singapore.

The specific site will be considered as a testbed area to design a regenerative city whose solutions will be scaled-up into a larger intervention for the waterfront, the city and the region. Proposals will not only focus on qualitative aspects of space but also on quantitative aspects to proof the level of carbon emissions generated by the designs and the measures to become carbon negative. Rigorous and justified data will be provided as part of the design proposals. Our commission to teams is to provide innovative and creative solutions for this area following the approaches explained and answering to the following question: How can become the Keppel and Pasir Panjang sites an inclusive, resilient and regenerative city? How can the Singapore Strait Waterfront sea-city fringe be (re)developed as an interface that can foster economic growth while focusing on urban resilience and addressing climate change through nature-based solutions that have a regenerative effect on urban ecosystems, mitigate the impacts of CO2 emissions, and adapt to the consequences of global warming?