The 2017 DRIA International Symposium and Conference was held at National University of Singapore from 16-18th August 2017. It was a three day event comprising of a symposium, international design competition, student workshops and round-table sessions; and site visits. 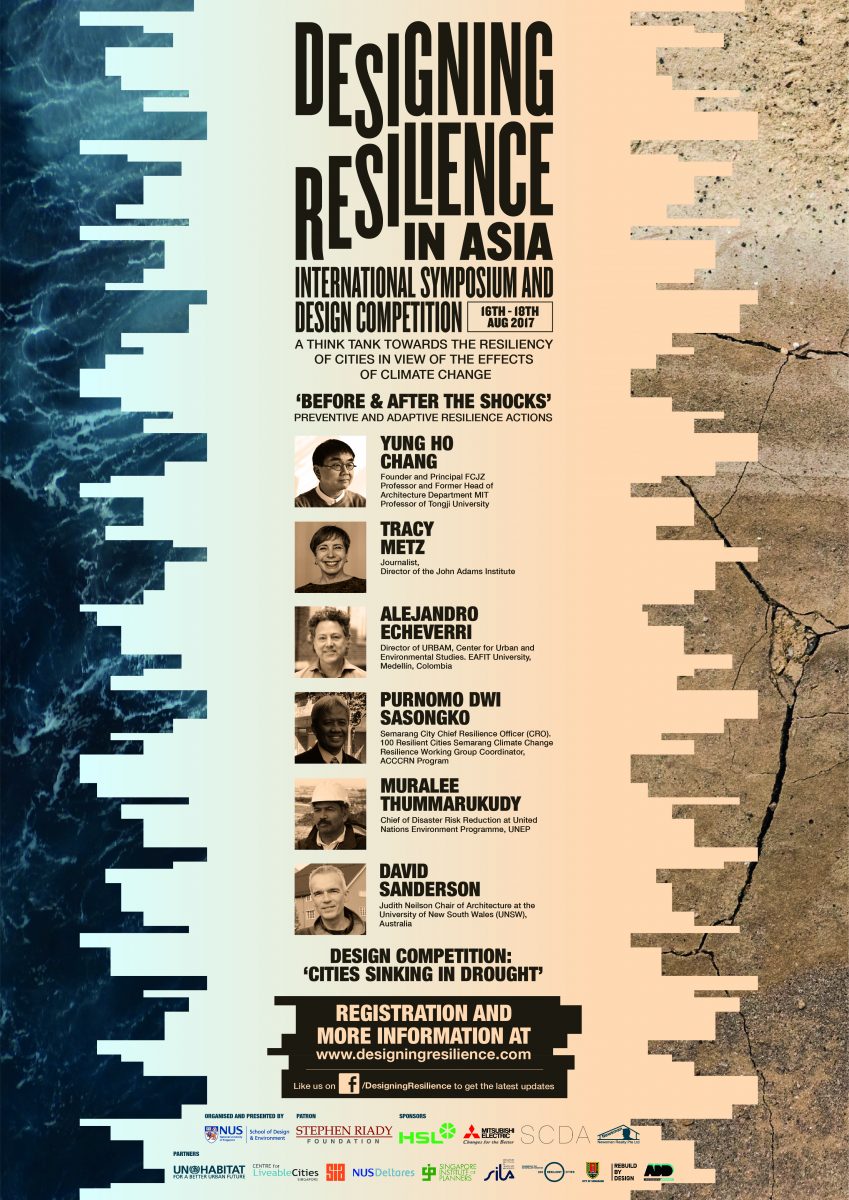 ‘BEFORE AND AFTER THE SHOCKS’

The DRIA 2017 Symposium focused  on promoting and fostering substantive discussions about preventive and adaptive resilience actions in front of the effects of climate change. As the title ‘Before and After Shocks’ suggests, the symposium aims to gather thinking pertaining to the unpredictable consequences -shocks and stresses- of climate change and urbanization. The emphasis of the symposium this year will be on planning, urban design and architecture related transformative responses to the consequences of climate change and water-related shocks and hazards like floods, subsidence or droughts. 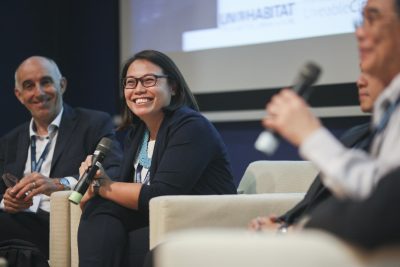 Although Resilience is a global debate it is important to understand it from a local (or regional) perspective, incorporating those aspects (culture, community, social, environmental, economical) that conform the specificities of our close urban realities.
Participants in this panel were invited to share their visions and ideas about Resilience in the Asian context and more specifically about the challenges that Singapore will face in the future.
The session highlighted the key aspects that Singapore is facing and will have to address the impact of climate change. The session aimed to be an open debate and discussion, also open to the floor, where these topics were discussed:
• What are the main challenges that Singapore is facing currently to tackle the impact of climate change?
• Which challenges will have to be addressed in the future? (infrastructure, water, energy, food, safety…)
• Which are the foundations for better practices and models to address anticipated design and planning for climate change resilience?
• What is and what should be the role of urban planning, urban design, architecture design and building technologies in enhancing Singapore’s resiliency? 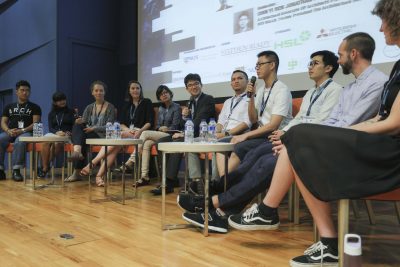 Based on the outputs of the symposium lectures and on the competition presentations, this student round table aimed to be an open discussion about the key resilience challenges that cities, and also Semarang, will face in the coming future and how they can be tackled.
The round table gave voice to the next generation of young professionals, becoming an opportunity for the student representatives from the 10 participating universities to debate and exchange the lessons learned during the preparation of the DRIA competition, and to express and share their visions, from different cultural perspectives, on the future challenges that city and architecture design will face as a consequence of the effects of climate change.
The session aimed to be an open debate, a sharing conversation, and a return session for students, tutors and the audience, where participants discussed topics such as:
• Which references did you use and how do you think resilience is currently incorporated in your city?
• What are the differences in the way different universities (countries) build their resilience strategies for Semarang?
• Despite the different cultural backgrounds, what should we learn from each other?
• As future young professionals, how do you envision resilience should be incorporated in practice?
• How will this experience, the DRIA, impact your future professional work?
• What would be the characteristics that will define resilient design? and/or resilient cities in the future?

The participants of the 2017 DRIA had an opportunity to take an active role in preparing and facilitating group discussion sessions, in conjunction with the main event. The main aim of these sessions was to provide a platform for participating students to interact and exchange knowledge, ideas, expertise and interests in issues of Ecological & Environmental Resilience, Community & Cultural Resilience and Resilience Tools & Methodologies with other students coming from all over the world. There were 4 group discussions organised by 4 participating universities.

Urban resilience is one big issue everywhere in the world – not only in Asia. In recent years, European cities receive a lot of pressure from different sources. This session aimed to analyze and discuss two of the most present issues: The first one focused on migration processes in or out of the urban areas, which includes the daily arrival of 1500 refugees in Germany in 2015, as well as other segregation processes of urban spaces, which had lead to Germany’s first gated communities on the one hand, or social hotspots on the other.
The second focus was on the cities infrastructure and discusses the challenges which can be found after those migration processes happened, especially in the context of our old, centralized infrastructure which were built decades ago.

Over the past decade or so, three notable trends in sustainable architecture and planning have emerged: first, a shift in emphasis from purely sustainable design, to a regenerative, resilient, and net positive design; second, a shift in emphasis from individual building to the neighbourhood scale; and third, a shift towards a broader inclusion of a wide range of stakeholders in the visioning and design process.
This session examined the inter-connections between district-scale ‘beyond sustainability’ tools and the design process – “tools as processes”. The workshop explored how stakeholders collaborate, how they set design problems, how they make decisions, and how they propose design solutions in the early design phases.

With global warming, water resilience has become a worldwide topic to deal with environmental problems, especially in cities. However, developing countries and regions in Southeast Asia, which suffer most from climate changes, face problems such as economic deficiency to develop urban water resilience. Some successful examples of water solutions from developed countries might also be inappropriate in context.
This session discussed how Southeast Asian countries and regions should develop Urban water resilience in their own ways.