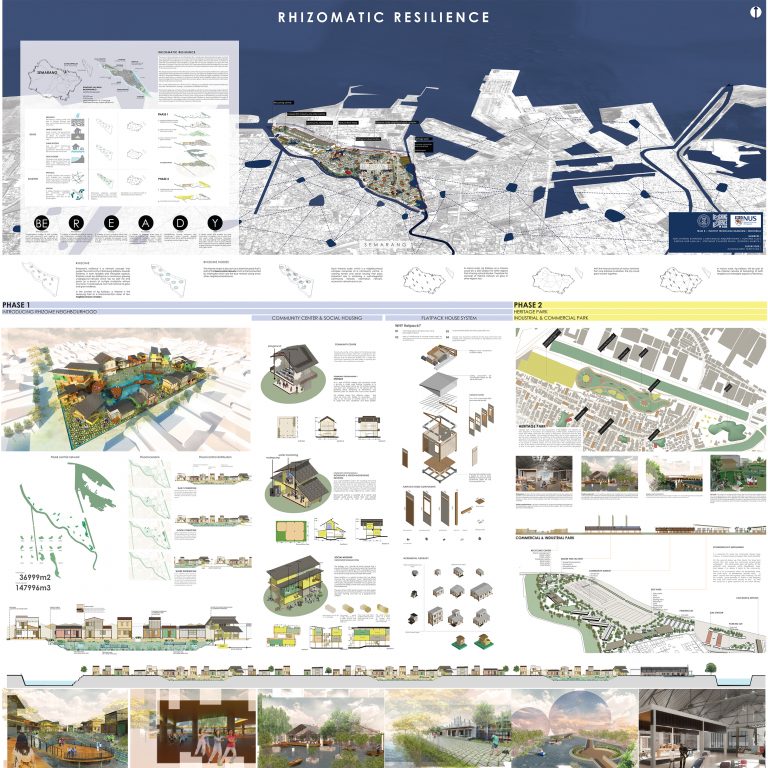 The issues of land subsidence and flooding in the coastal area of Semarang has been a critical issue especially for the local communities in Kampung Kalibaru, Bandarharjo, Semarang. Besides damaging the road infrastructure and houses, it also affects the local economic condition of both the local residents which majority is under the low-income category and also the small industries in the area. The site visit in March 2017 discovered that flood has stopped for two years since the installation of flood control pumps but the land subsidence issue is still a big concern for the local community.

This design proposal aims to help the local community to grow towards resilience in coping and adapting the land subsidence and flood control by solving both tangible and intangible issues with the “Rhizomatic Resilience’ concept which in the context of Kampung Kalibaru, a rhizome could be defined as a network of networks of tangible and intangible systems which involves flood management network, infrastructure network, green network, social network, information network and economy network.

This is to be achieved by the “BE- R-E-A-D-Y” strategy as a guildeline which represents Brief and Educate, Rehabilitation, Ecology, Accessibility, Durability and Yield.