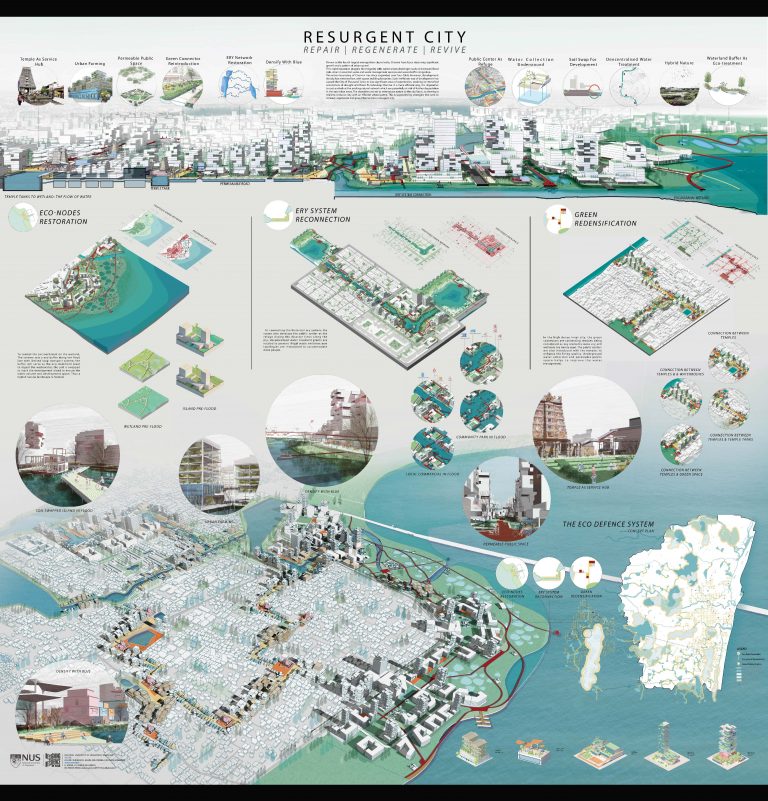 The urban boundary of Chennai has since expanded over four-fold. However, development density has remained low, with sparse building footprints. Such an inefficient way of development has caused the City of Thousand Tanks to lose significant areas of water bodies, resulting in intensified occurrences of drought and flood. To redevelop Chennai in a more efficient way, it is imperative to cast a relook at the existing natural network which is potentially at risk of further degradation in the suburban areas, thus to ‘Re-Eco’ Chennai. The objectives are set to reintroduce nature to the city fabric, to develop a resilient, inclusive city with an efficient urban system. This is supported by strategies that seek to connect, regenerate and grow Chennai into a resurgent city.