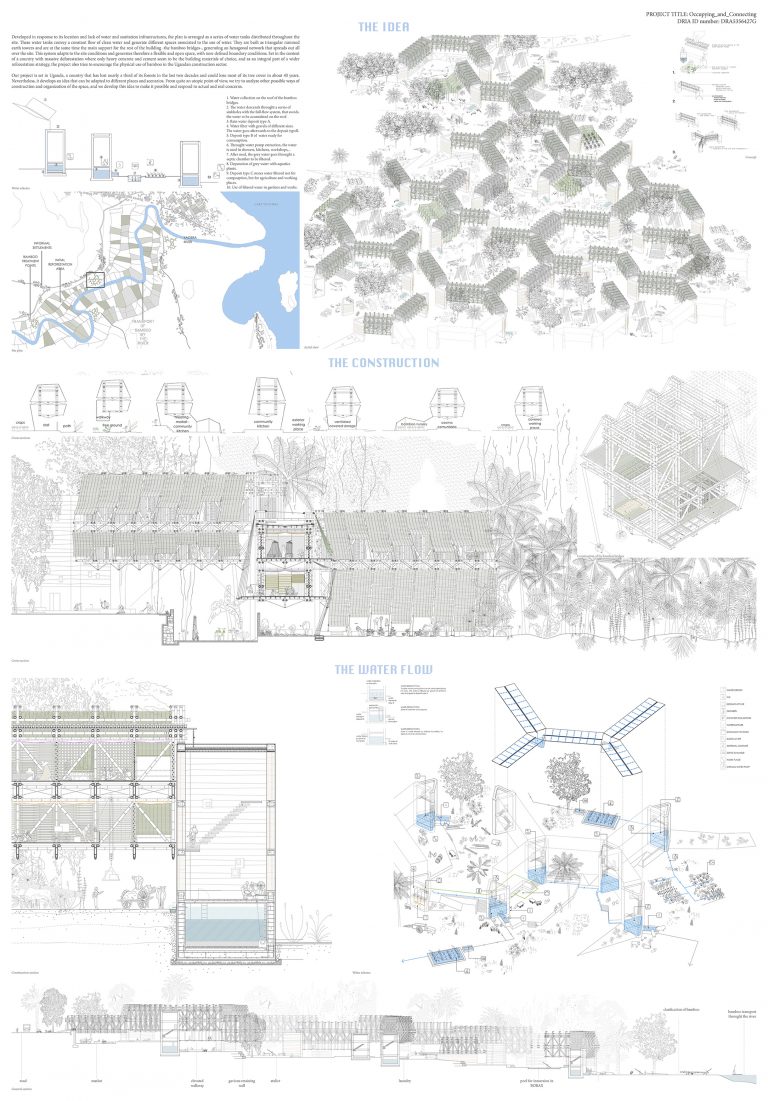 In the last 100 years many countries’ forests have faced severe pressures coming mainly from agricultural conversion as a result of population increase, urban demand for charcoal, over grazing, uncontrolled timber harvesting and policy failures. Deforestation has made the ground more fragile and that, together with an augmentation of natural disasters and extreme temperatures and weather conditions due to climate change, have endangered and affected communities all around the world.

From quite an utopic point of view, we try to analyze other possible ways of construction and organization of the space, and we develop this idea to make it possible and respond to actual and real concerns.

Developed in response to its location and lack of water and sanitation infrastructures, the plan is arranged as a series of water tanks distributed throughout the site. These water tanks convey a constant flow of clean water and generate different spaces associated to the use of water. They are built as triangular rammed earth towers and are at the same time the main support for the rest of the building -the bamboo bridges-, generating an hexagonal network that spreads out all over the site. This system adapts to the site conditions and generates therefore a flexible and open space, with non-defined boundary conditions. Set in the context of a country with massive deforestation where only heavy concrete and cement seem to be the building materials of choice, and as an integral part of a wider reforestation strategy, the project also tries to encourage the physical use of bamboo in the Ugandan construction sector.