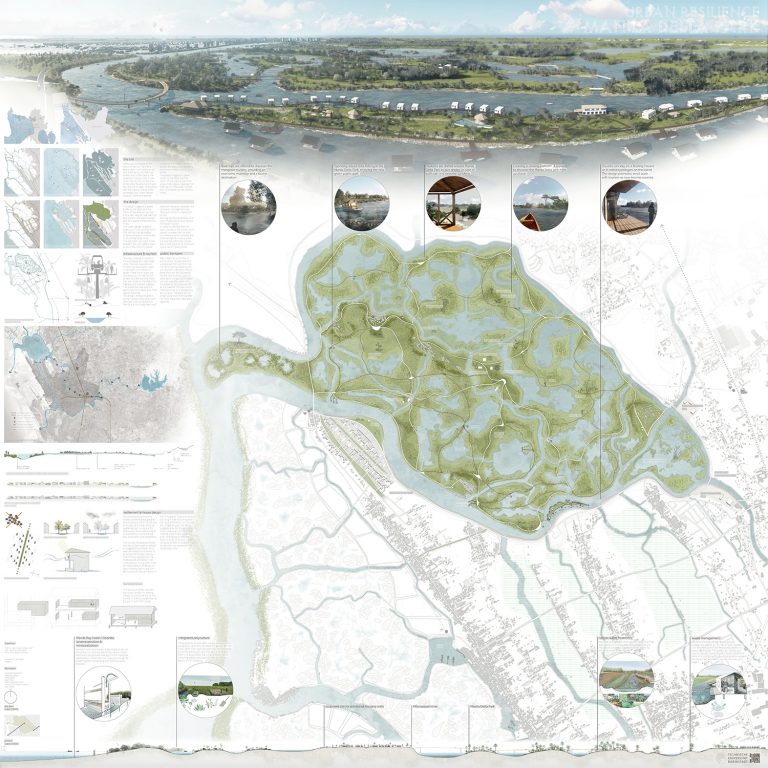 Metro  Manila is aware of the pitfalls of its rapid  urbanization. This tension is reflected by exclusionary  spatial patterns, urban congestion, poor public  transportation and a noticeable lack of sanitation infrastructure.  Extreme socio economic disparities as  a direct outcome and high vulnerability to natural and  anthropogenic risks are the characteristics of this urban  development.

Valenzuela  lacks open space and parks. Driven by an agenda which  prioritises economic  growth, the city replaced mangrove forests with fishponds  which are now heavily contaminated and have severe  effects on the environment. Concurrently the city is exposed to  climate change causing the raining season to occur with  more severe flooding while drought looms during dry season. Rivers  overflow more frequently due to insufficient  water shed management while water extraction causes  land subsidence. These consequences are faced by  marginalised groups of society.

Manila  Delta Park is a tool to upgrade the existing water shed  management by using long-term synergies that become an inclusive  approach. The region as a whole is prone to natural  hazards hence the design leaves the realm of a singular  city and offers a decentralised grand scale scenario for  the extended area of the capital and the involved  stakeholders

The hydrological proposal creates a green buffer to bolster the urban  fabric. Superfluous floodwater is lead into minor flood plains and channeling it into a wide delta plain. This natural flood detention basin is an eco-system-based  adaptation to flooding. The park is to restore the native biodiversity while at the same time it allows for the recharge of aquifer systems. It is none the less to cater as the biggest urban open space for the citizens of Valenzuela.

Manila Delta Park is integrating risk management into the urban  development planning and  stresses the importance of  zoning. Understanding this city as a currently economic-thriving and grey cluster, the proposed design will invigorate the blue, the green and the colourful spaces of Valenzuela