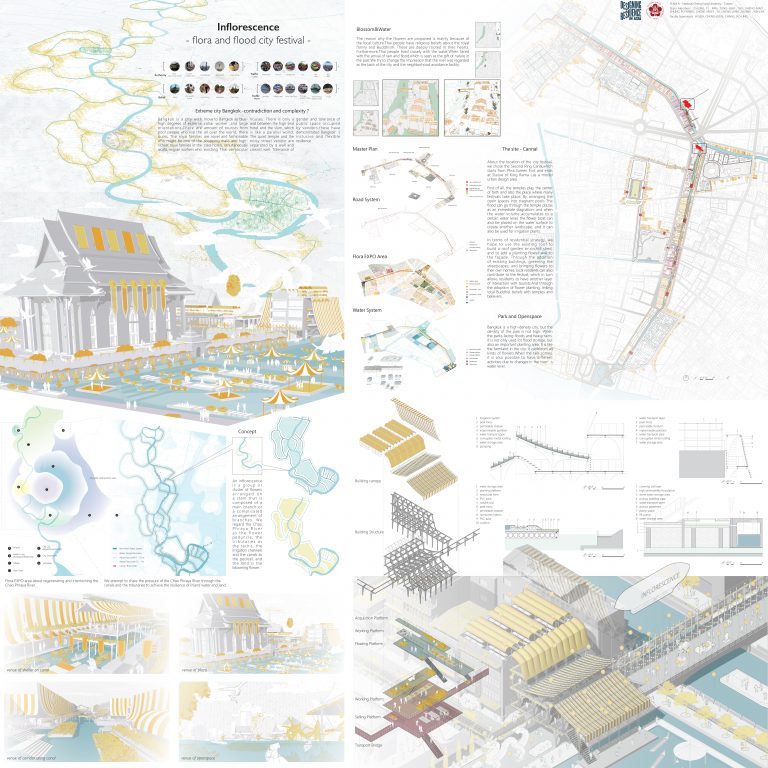 An inflorescence is a group or cluster of flowers arranged on a stem that is composed of a main branch or a complicated arrangement of branches. We regard the Chao Phraya River as the flower peduncle, the tributaries as the rachis, the irrigation channels and the canals as the pedicel, and the land is the blooming flower.

In Bangkok, which is a city full of extremes, we found two clues to sew these extremes and present the local resilience. Firstly, flowers, that are universally visible from the royal family to the poor, the industry to the faith. Secondly, floods, Bangkok is threatened by the flooding of the Chao Phraya River and the flooding caused by heavy rains, but from another perspective it is also irrigating and fertilizing the land. We believe that the resilience of Bangkok is based on the intertwining of flowers and floods.