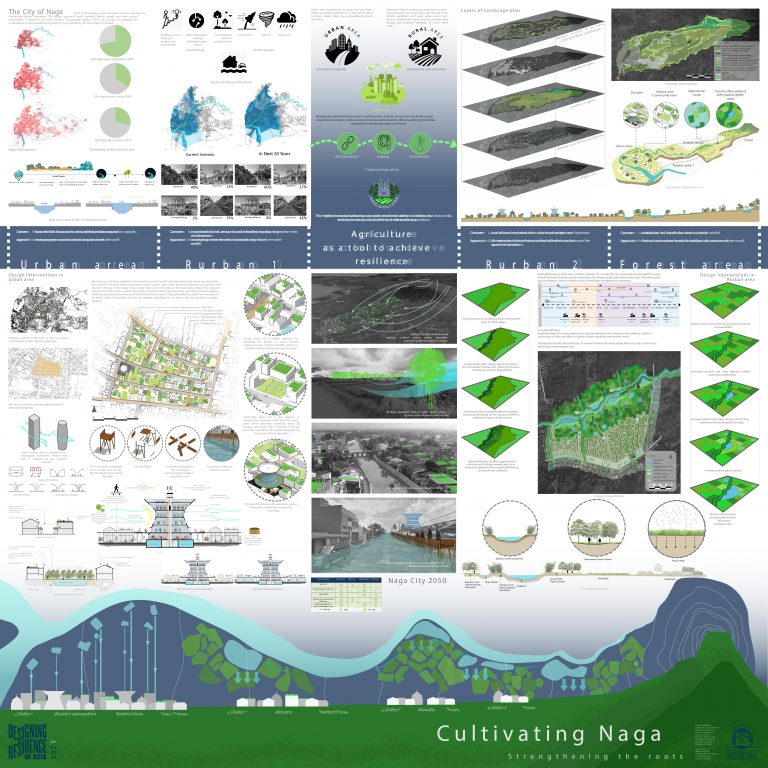 The City of Naga, the Philippines’ third-oldest royal city, is predominantly an agricultural settlement. With a population growth rate of 2.9 percent per year, rapid urbanization is inevitable, driving to indeed more haphazard
urban sprawl contributing to the loss of agricultural land. As a result of significant social and environmental changes throughout the years, Naga is experiencing severe natural stress and shocks as a result of climate change.
Flash floods continue to be at the forefront of their devastating consequences. Cities have a critical role in climate change mitigation and adaptation, catastrophe risk management, and improving the climatic resilience of their most vulnerable citizens.
The design strategy we propose is to use urban farming as a tool for achieving resilience. As a result, urban farming and its various patterns are employed as a mechanism to adapt to changing conditions, absorb shock, and make people’s lives more resilient. This strategy is thus philosophized with nature, because nature is regenerative in itself, and agriculture has a higher likelihood of being associated with it. Though flash floods are at the forefront, other impacts of typhoons, liquefaction, and soil erosion are also taken into account in the pursuit of resilience.
The design approach, which perfectly blends people and their natural environment is adhered to by Urban Farming. This proposal explores ideas and concepts for mitigating the consequences of natural disasters in step-by-step transforming adversity into opportunity, allowing citizens to flourish alongside us.