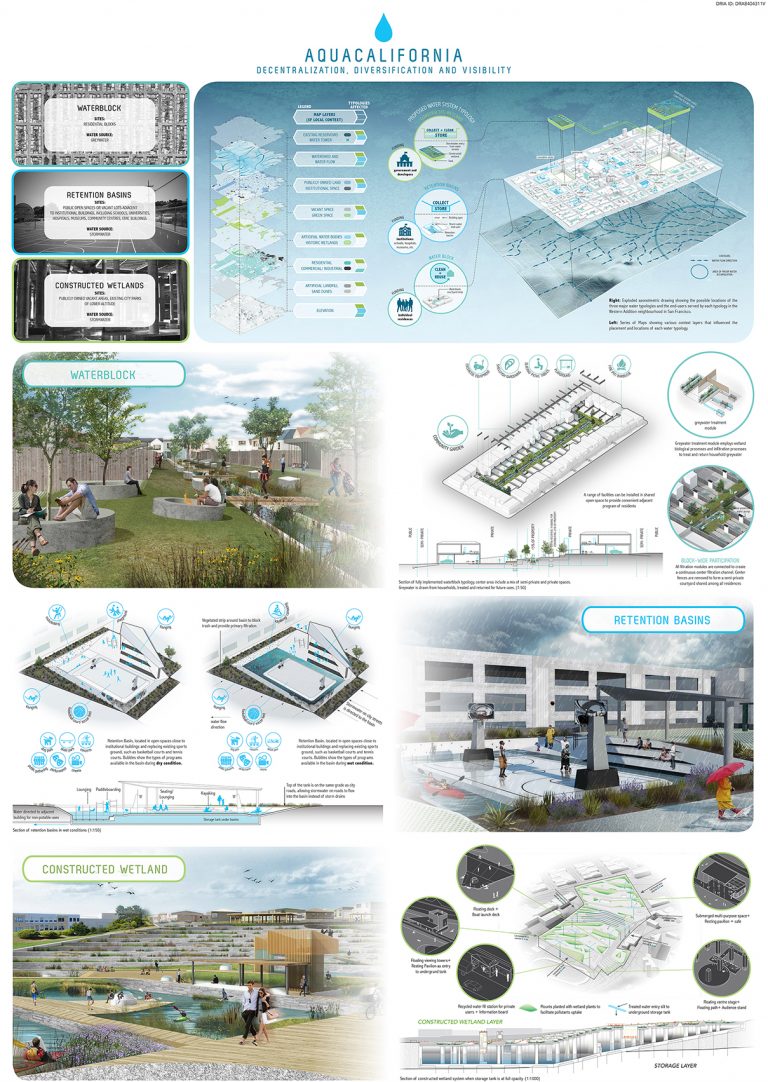 Water scarcity has always been a defining issue of California. Over the past 5 years, California’s water system was confronted with one of its biggest challenges, the state’s worst drought in 1200 years. A series of phenomenon triggered by climate change have caused significant depletion in regional freshwater, leading to the closure of many agribusinesses and a decrease in employment. In California, water scarcity is not only an environmental crisis but also affects economic, political and social systems.

Other than climate instability, out-dated water infrastructure and failure to capture water resources also contributed to California’s water scarcity. Currently, much of the State is highly dependent on imported water supplies from distant regions. Under the drought, these large-scale water allocation systems are proven to be unreliable as they unbalance water stress at source and end-use locations. Locally, a lack of public interest and effective infrastructures also hindered the capture and recycling of alternative water resources. Cities fail to capitalize these water savings and direct them into disposal systems; such contamination and waste of runoff represented a valuable but missed opportunity to offset the drought impacts.

The goal of this project is to take San Francisco as a test site for developing a series of decentralized water systems that could diversify alternative water resources in Californian cities, and simultaneously function as public spaces for additional programs in urban areas. This proposal would not only serve as a prototype for future developments, but encourage planners to reimagine the urban fabric as part of the hydrological cycle. AquaCalifornia also suggests a new form of modern water infrastructures that could better facilitate urban life and actively engage the public to create a paradigm shift in the water consumption culture.