(ONLY OPEN TO PARTNER UNIVERSITIES)

The annual DRIA international design competition encourages foresighted urban and architectural design proposals, as well as promotes innovation in building technologies to insure a specific community’s resiliency particularly prior to and during a disastrous event. A different community in Asia is picked every year as the competition’s test site through careful joint research efforts of this year’s organizer Department of Architecture, National Cheng Kung University (NCKU) in Taiwan, the initiator School of Design and Environment, National University of Singapore, and its network partners schools.

‍Chennai (formerly Madras), the capital of Tamil Nadu State, also the secondlargest port in India, lies along Bay of Bengal in the Eastern Coast of South India. In addition to being an important trade center, the city is also known for its healthcare, automotive, software export and chemical industries. Today, industrial corridors are being built to better connect these production zones with road transport to India’s interior. In this way, Chennai has attracted many workers and has become the fourth most-populated metropolitan area of India. According to forecasts, the demographic figures in Chennai will increase by another 30% by 2030.

Chennai has its roots at the mouth of the Cooum River and lays on a coastal plain that stretches from the southeast of India to Bangladesh. Three rivers cross the city: the Cooum River in the middle, the Adyar River in the south and the Kosasthalaiyar River that flows through the northern industrial fringes of the city. However, these rivers are small and mostly stagnant, carrying too little fresh water to serve as water supply for the city. For this reason, Chennai has always been dependent on rainwater.
Being built on a slight slope, the city has constructed the ingenious Erys system, tanks consisting of networks of basins and canals, to store as much rain water as possible during the monsoon season, restoring the shallow aquifers and providing freshwater for the rest of the year. Moreover, there is another astounding manmade water work: the Buckingham canal which is over 700 kilometres long and connects the three rivers. It has lost its original function for waterbased transportation nowadays but still has an important function in discharging rainwater. The city’s water system is a collection of separate, but interconnected, functioning
complexes that are compiled out different compositions of water bodies. Chennai’s gentle slope crosses different types of water bodies: the water basins upstream, the rivers and canals between these basins and large wetland areas parallel to the coast. Within this complex system, the buildings within the urban fabric take up an interesting role. It is positive that buildings normally play a (modest) role in catching and infiltrating rainwater, keeping the aquifer at a stable level. However, since many buildings and companies are individually pumping consumption water to the surface from great depths under the city, the soil became one big punctured geological layer, which is not behaving as a natural system in itself anymore. The natural water balance in the underground is distorted and there is too little rainwater infiltrated to recharge the superficial and deep aquifers under the city. From plastic waste to bones to glass bottles to construction waste, nearly every type of solid waste finds its way into the Buckingham canal.

Chennai had about 6503 small and big water bodies in and around the city, but today the
number has been reduced to less than 30. Chennai with the fast pace of developments has
witnessed a steady deterioration and decrease in the number of water bodies. Although water and culture are historically strongly intertwined, rapid urbanization and overexploitation of the scattered wetlands and other marshes have had a negative impact on the expansion of impenetrable soil and the failure of the drainage system. The channels of Chennai are increasingly filled with waste. In addition to clogging up the drainage systems, this waste also makes the water unsuitable for consumption, irrigation or bathing. Industrial pollution and sewage water discharged into the rivers also increases the risk of spreading
diseases. Today, it is estimated that more than half of the wetlands have been converted for other uses. The city only consists of 15% wetlands, whereas 30 years ago wetlands still accounted for 80% of the urban area. In addition, about 40% of the coast of Chennai is currently threatened by erosion caused by sea level rise, changing sea currents and hard sea defenses such as dikes and dams.

The Pallikaranai Marshland in Southern India is part of a former freshwater lake marshland landscape stretching from the Adyar River to the backwater system of Muttukadu, south of Chennai City. With a geographical area of 80 sq.km, Pallikaranai Marsh running parallel to the Cooum river and the Bay of Bengal coast on the eastern side. Chennai city produces around 3500 tons of waste, 60% of which is dumped into Pallikaranai Marsh. 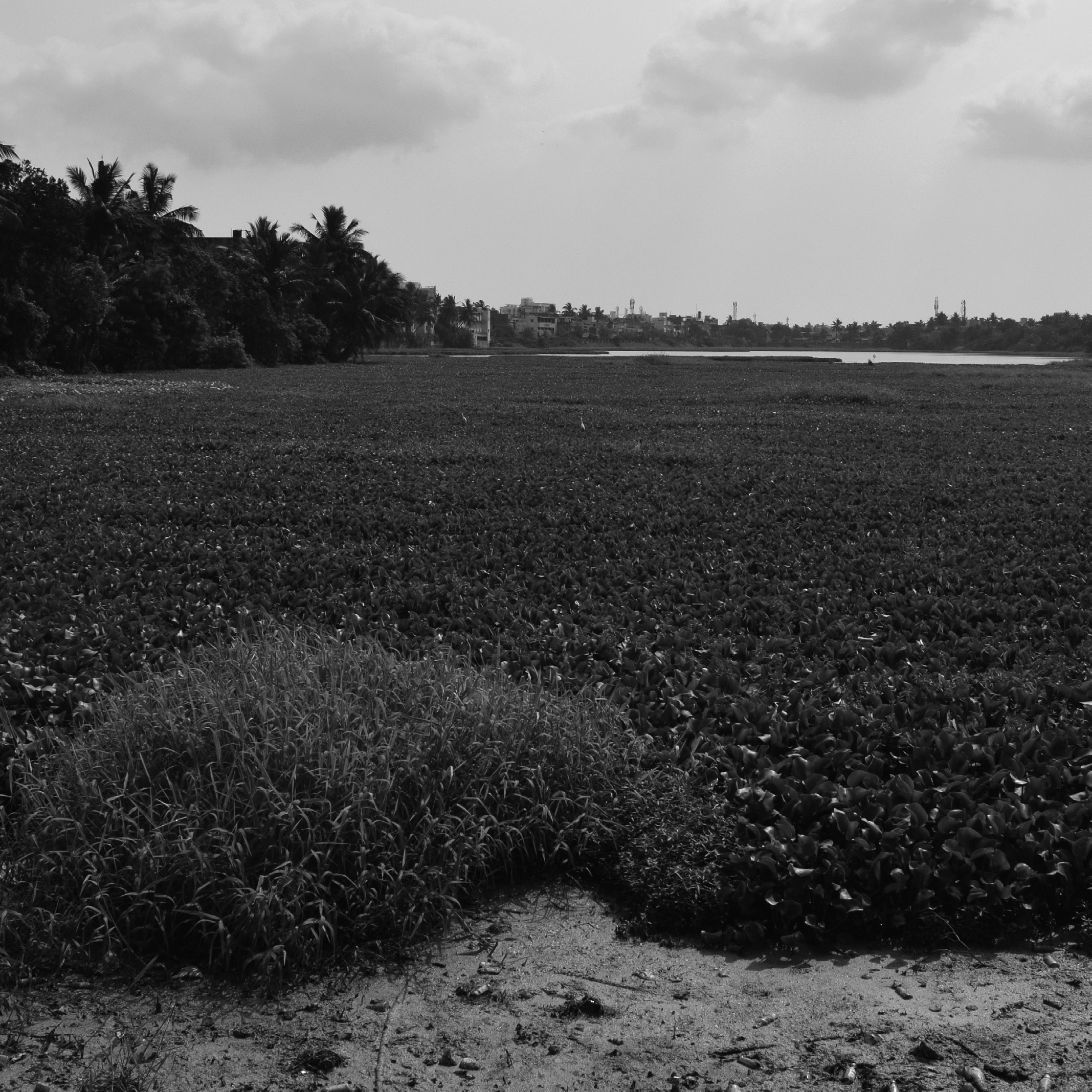 ‍There is a substantial increase in the amount of rainfall in Chennai due to global warming and
climate change, apart from the usual monsoons. In a long-term perspective, climate change
related sea-level rise has the same effect. It presses water into the rivers and threatens the survival of entire ecosystems like mangroves on Tamil Nadu’s coast. Chennai is also vulnerable to storm surges or cyclones. It has been anticipated that the frequency of cyclones in Bay of Bengal is going to decrease whereby the intensity of these cyclones is going to increase. This phenomenon presents a challenge for urban infrastructure as well as disaster risk measures.

‍Pallikaranai marsh is a highly ecologically sensitive and vulnerable freshwater swamp and is one of the very few remaining freshwater swamps in South India. This decaying marsh land urgently needs to be restored, and many proposals for the restoration of the area are being explored by various planners, architects and agencies. However the restoration of the area strongly depends upon the restoration of surrounding ecological habitat fragments and water bodies, which need to be linked and networked together. Such an integration of habitat fragments call for use of latest imaging techniques and knowledge of biological and natural systems. At the same time, it requires a very sensitive approach, which should be feasible for the region as well. A wide area is selected for discussion without a specific site for intervention. The projects need to have multiple scale approach, and the holistic design and comprehensive vision for Chennai to propose design solutions for the whole city, and specific solutions for specific sites (test-bed sites or “probes”). In the proposed design to these challenges, teams will also consider the following aspects: 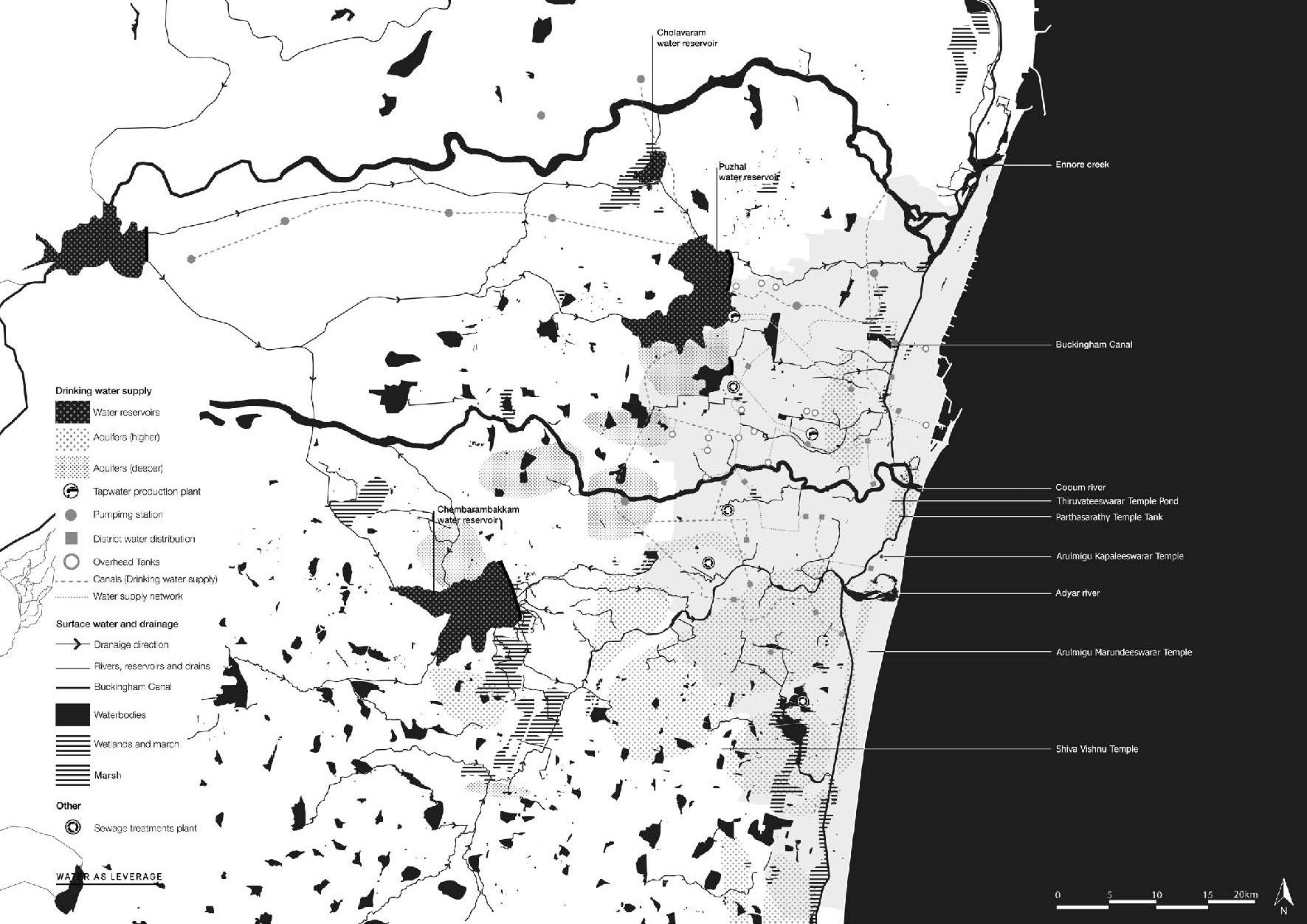 • What is the role of the marsh land in re-linking the wetland and the city? How should be the accessibility to the waterfront and along it?

• What should be the future role of the Pallikaranai marsh in Chennai? In mitigating the increasing population and urban sprawl, what are the programmes needed in order to bring urban and social infrastructures and create a mixed-use, integrated, diverse and inclusive neighborhoods? In the innovation era, what can we introduce to the areas in order to keep up with changes, to create resilient, vibrant and innovative vision for the future Chennai?

• What are the future typologies for the marsh land that can tackle with flooding? Which technologies and innovative construction systems and materials can be applied to enhance the circularity? How can typologies contribute and address sustainability and resilience? What should be the speculative, creative and innovative future scenarios in Chennai?

SUBMISSION OF COMPETITION PRESENTATION AND VIDEOS

OPENING OF DRIA 2017 AND SYMPOSIUM