The 2015 DRIA International Symposium and Conference, the first edition of the DRIA, was held at National University of Singapore from 29-30th June 2015. It was a two day event comprising of a symposium, international design competition and rountable sessions. 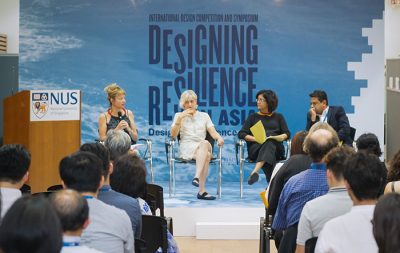 The theme of 2015’s DRIA Symposium and Competition was ‘Sea Flooding. Hainan, China’. The main focus of the competition was the utilization of urban an architectural design, as well as, building technologies to endow, support, amplify, and maintain a community’s resiliency in light of natural disaster event, namely, a typhoon and its associated effects, i.e. high winds, storm surge, flooding, and excessive precipitation. The proposals not only promoted provocative, innovative, and resilient formal designs but were also accompanied by holistic assessments of actual and potential social, economic, and technical challenges associated with insuring resiliency against a natural disaster.